Tuesday morning and getting prepped for long studio day.

I picked my buddy Brents Burns up from the Nashville airport and he’ll be with me the next three days as we’re getting ready to lay down 5 more songs for his next album, the majority of those being songs we’ve written together. So we spent the middle part of the day running through those and making sure we’ve got our musical ducks in a row. Then session leader Dave Frances, who’s out on the road playing bass some these days for Don McClean dropped by the house to chart out those five songs to have ready for the musicians who will be playing on these songs tomorrow morning. And it’s a great group of studio players if I do say so. All these studio guys have played for a who’s who of folks out on the road. A list that includes Olivia Newton John, Reba, Kenny Chesney just to name a few. It’s always a pleasure watching and listening to them make magic out of the songs we give them.

I’ve mentioned TC Cassidy a couple of times. She’s an Australian country music artist who is releasing a new album "Traveling Hearts" in a few days that my young friend Angus Gill produced. Angus and I wrote 2 songs for the project including the current single “Love Hate, Love Again” as well as a song titled “Turn Out The Lights.”  TC has been doing a track-by-track discussion of each song and yesterday this is what she shared about “Turn Out TheLights”. Glad you love the song TC! 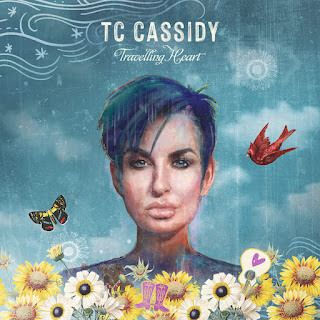 And this is just too cool. Yesterday someone listed in their list of “30 Lyrics In 30 Days To Inspire” included some of the lyrics of the song “My Prayer” that Darin & Brooke Aldridge recorded on their latest album. We wrote the song together from an idea I had started and then the three of us finished it. It’s certainly one of my favorite songs that I’ve written with this talented duo, and it’s so nice to see it touched someone in such a meaningful way. Kind of made my day. 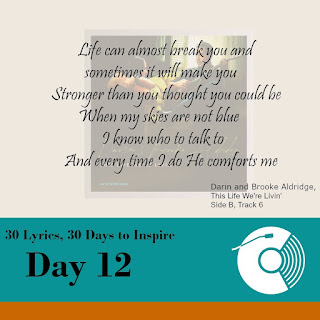 They say (whoever “they” is) that the COVID pandemic has shortened the work force by half a million folks because of them not going to work from COVID symptoms.

Actress Leah Michele is selling out the remake of “Funny Girl” on Broadway. Hot ticket. That may stop for a bit as she has COVID and can’t do the show right now. 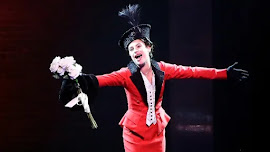 New Zealand is the latest country to drop almost all of their COVID restrictions.

Some employees say they are having to re-educate some employees about what’s appropriate to wear at work now that so many are starting to return to offices. sweatpants, shorts and flip flops were acceptable working remotely. Not so much in the office. Oh, and Crocs aren’t’ appropriate in the office or at home. Okay…that’s just my rule.

My friend Brent Burns flew into Nashville on a Southwest direct flight from Pensacola to Nashville. If you’ve flown Southwest, then you know the crew likes to lighten the mood during the flight some. During Brent’s flight the pilot came on and ask if the passengers knew what his favorite kind of bagel is?  The answer: “Plain” …or “Plane”.  I know. I’m still groaning too.

Holiday flights are going to be expensive this Thanksgiving and Christmas. Fewer flights, and pent-up demand for travelling are to blame. In fact, rates will be at a 5 year high. To fly domestically during Thanksgiving will cost you at least $350. That’s up 43% from last year. And if you fly internationally, it’s like $800 or more and that’s up 41% from a year ago.

Hard to drive a Prius from NYC to London though.

The online publication “Consequence Sound” just listed their Top 100 Albums All Time. And this is for all genres of music. Here’s their top 10.

7…Kendrick Lamar…” To Pimp A Butterfly”

And their top album of all time?  Prince & The Revolution “Purple Rain”. 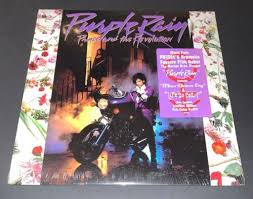 Now I’m a music guy and I’ve only listened to 5 of the top 10. How many have you listened to?

Yea, they’re wild animals too. A 77-year-old man was just killed by what he thought was his pet Kangaroo. Illegal to have one but he did, and the kangaroo killed him. Not only that, but it also fought off paramedics trying to get to the guy to save his life. You read horror stories all the time about folks getting hurt or killed by wild animals. And the fault is not that of the animal 9 times out of 10. What part of “wild” don’t folks understand?

Off to the studio with Brent Burns and then this evening we are going to pay our respects to Joe Gilchrist who was the founder of the Frank Brown Songwriters Festival that Brent and I play every year. Joe was truly a fan of the songwriters and went out of his way to do whatever he could to help us and our craft. They are holding a celebration of his life here in Nashville this evening and I’m sure the place is going to be packed with songwriters and friends who were so appreciative of Joe as a person, and as the Frank Brown Songwriters Festival in Gulf Shores-Orange Beach. 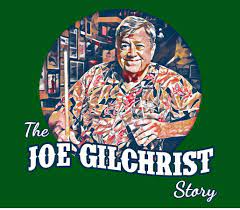