Hard to believe it’s Friday AND the last day of September. 78 is the high in Twang Town today.

I had an open day with the exception of a non-music appointment Doc. Little checkup, nothing big, all good. Great feeling, isn’t it?  Going to see your Doctor and getting out with good news. There’s not a whole lot of things I hate more than having to go to a Doctor or Dentist office. But it beats an appointment with the IRS all day long…so there’s that!

The schedule came in for the “Blast on the Bay” SongwritersFestival in beautiful Port St. Joe, Florida that’s coming up October 20-23 this year. I’ll be there with Steve Dean & Victoria Venier our “Hits & Grins” trio. Here’s our official schedule.

Friday October 21 at Krazyfish Grill Grille at 1 pm. Located right on the main drag from our stage we can see the cars driving by in Port St. Joe. And it’s a GREAT seafood restaurant. Outstanding food. 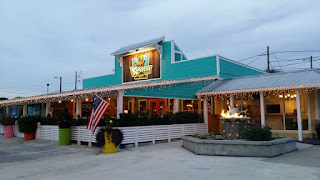 Saturday October 22 we’re at the Haughty Heron at 5 pm with a view of the water from the stage. 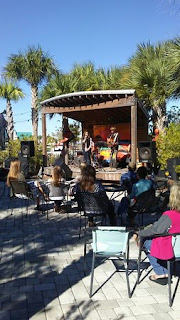 Sunday October 23 at Indian Raw Pass Bar at 2 pm. If you’re into oysters?  Folks drive a long way to eat them at this place. Outdoor stage, and folks bring their lawn chairs and camp out with us. 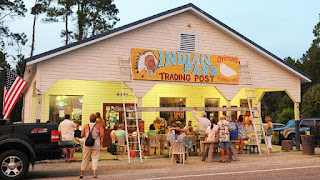 Truly one of my favorite writer’s festivals to play every year. A smaller number of songwriters from Nashville so it’s go a very intimate feel to it.

Come join us for the fun if you can. Complete details of my shows are on my calendar here at the website, and for even more info go to the the festivals main page at blastonthebay.com

It gathered strength again and now South Carolina seems to be in the way. Meanwhile south Florida is getting a clear look now at the devastation left behind. Not good when one reporter on the scene says, “Everything is gone.” Another reported “Biblical destruction”. Fort Myers beach is pretty much gone, Sanibel will take a long, long time to recover. Months and months is what they’re saying. High waters even unearthed some bodies from their graves. By some estimates 60 or 70 billion dollars’ worth of damage has been done so far. Southwest Floridians could be without power for weeks. And so far, there are 14 confirmed deaths. Hunker down South Carolina.

The IBMA Awards were held in Raleigh last night, the bluegrass awards. The young amazingly talented Billy Strings won “Entertainer of the Year” but the award recipient I was most happy for went to my buddy Jerry Salley who was responsible for making me the first writer signed at Billy Blue Publishing which is all about bluegrass.

Jerry somehow got Dolly Parton to send him an old gospel song that she’d recorded years ago “Sweet By and By” that many of us have sang in our churches for year. He then took that vocal, put new music under it and added some stellar harmonies from himself and his friends Carl Jackson and Larry Cordle. Last night the song won “Best Gospel Recording” and “Best Collaborative Recording” of the Year. Jerry played me the cut before it was released, and I was just blown away at how great it was.  Congratulations to Jerry!

If you’ve not yet hear this, just CLICK HERE to listen.

So yesterday I had a little sit down with a Doc and Vanderbilt. All good news. But it was the first public building I’ve been in for a long while that required masks. A hospital…so I get it. But there were so many people wearing masks that I thought I had walked into a Zorro Fan Convention.

Scientists are working on a new COVID-19 drug they say that will cause COVID to turn on itself and destroy it. Would serve COVID right!

SOMETHING FOR CHRISTMAS MAYBE 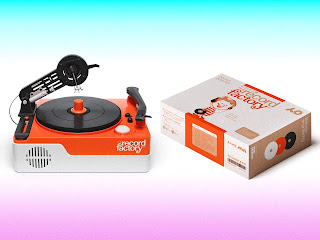 This is the last day of September. I have this weekend open so I’m going take advantage of that because starting next week I’ll start being on the road a lot.

October 5 -Private show at the Country Music Hall of Fame with Steve Dean, Jenny Tolman, and a big surprise guest for those corporate folks.

October 9-Mobile at the Peoples Room with Juanita Smith.

October 20-23-Port St. Joe, Florida and “Blast on the Bay Songwriters Festival” with “Hits & Grins” (venues listed above in this blog) 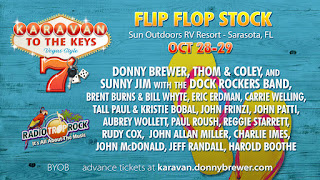 So yea, I think I’ll put my feet up and watch a lot of football this weekend before things get crazy.

There’s a new supersonic jet coming that will be able to fly up to 170 passengers from NYC to London in just 80 minutes. 2,486 mph! Three times the speed of sound. It’s called the Harper Sting. You’ll probably have to sell your home to afford a seat on it, but that’s pretty cool. You could fly to London for lunch and be back home for dinner.

Written by a guy of course who wrote, “Behind every angry woman is a man who has absolutely no idea what he did wrong”.

I’m writing with Gerald Smith the Georgia Quacker again this morning at my publishing company. I know when I write with Gerald that it will be something that’s country or bluegrass and I always look forward to that.

Then early this afternoon I’m doing an interview with Rick Moore out in Las Vegas who is a writer for the publication Nashville Guide. Rick ran me down on Facebook and requested the interview and I know we’re going to talk a bit about me playing at the Country Music Hall of Fame & Museum next Wednesday evening. Outside of that? I’ll just answer whatever he wants to talk about. I should be able to share the interview here soon.