Trying to get over the hump this Wednesday and get ready for a road trip to Little Rock in the morning.

I wrote for the first time with Kirsti Kraus, a Wisconsin native for the first time. Kirsti plays some in the Trop Rock world that I also play in, and that’s how we met for the first time, and that how the writing session came to be yesterday. Kirsti is working on a new project, so I brought a couple of ideas, and we picked one and wrote that. Kind of rocks with a swampy feel and hopefully it might be something they record on this new CD she’s working on. Certainly enjoyed getting to know her better. It was great to talk cheese curds, brats, beer, and all things Wisconsin with her after I lived in the Badger State 6 years myself when I did the morning radio show at WMIL FM*106 in Milwaukee.

It was also great bumping into my friend and co-writer Jimmy Fortune who was in one of our recording studios laying a vocal down on one of his songs he’s written with his next-door neighbor who’s written some big gospel songs. He told me that his great quartet “Brotherly Love” is recording a brand-new album and they are filming all those songs out near the Opry House next week with a “live” audience. I’m going to try and sneak in for some of that. If you have yet to listen to this great group, here’s a sample of what they’re all about. 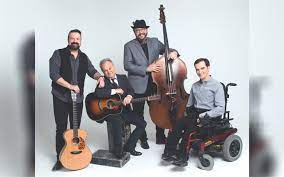 Looking ahead to October, you can see my name on this list of songwriters that will be in beautiful Port St. Joe Florida for “Blast On The Bay” October 20-23. Still time for you to come. And if you’ve never gone to a songwriter’s festival before, this is one of my favorites. Port St. Joe is a small town on the water, kind of old school, located about 45 miles east of the more commercial Panama City. Great little restaurants, and the sunsets off the little harbor there are gorgeous. So, still time to plan for that if you’d like to check it out. 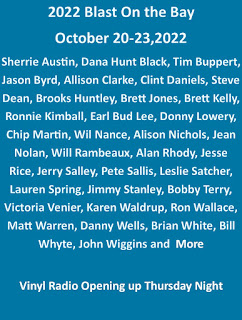 The CDC says life expectancy dropped 2 years in 2020 because of COVID and drugs.

Japan is finally releasing its COVID restrictions to get into that country. They’ve been hardcore about it. Japan was wearing masks before wearing masks was cool.

A disturbing report says that U.S. Navy service members who are seeking religious exemptions to the COVID-19 vaccine mandate in the military have been deferred into deplorable living conditions and, in some cases, are unable to leave while waiting termination.

Luke Bryan is rolling out a popcorn brand with AGCO Corporation, a leader in agricultural machinery and precision ag technology to benefit the FFA organization. And being a former member of the FFA I applaud that. It will be sold exclusively at BoldlyGrownGoods.com. 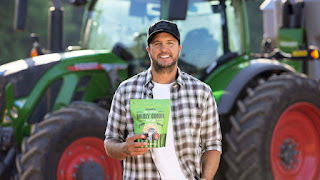 Everyone has someone or something that influences their lives, and even makes a difference in a life. The FFA did that for me. Elsberry High, Elsberry, Missouri. My AG instructor was Howard Harmon who got me on my feet doing public speaking contests at that small chapter. He knew I loved music, and he did too. So one day after class he surprised me and GAVE me an electric guitar. I can’t even imagine how he afforded that on a teacher’s pay in small town Missouri, but he did. I played that guitar in my first little country band I was in called “The Country Boys”. Mr. Harmon had our band play the Barnwarming that was a big event at our school. Square dancing of all things. And he taught me how to call a few square dances too. He and the FFA most certainly changed my life. So yea, I’ll buy Luke Bryan popcorn.

They are already advertising mattress sales for Labor Day. Just in case you didn’t get one Memorial Day. The question remain, is there ever a time when a mattress is NOT on sale?

I’m trying to figure out how much my total bill was that I paid to go to Central Missouri State University back in the day. I’m going to send it to the President and see if I can be reimbursed since they’re going to forgive so many student loans apparently. Wonder what the odds are? 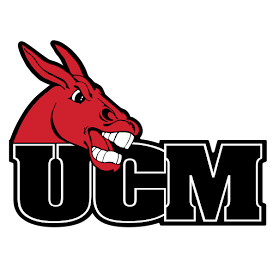 One of the new trends in the field of “wellness” is beer spas. Finally. Something I would do to keep well. Yep. You sit in a tub of beer. The early formation of beer they say, whatever that is. Wonder if they have a Happy Hour or 2 for 1 special?  Do you pull a tap to add more beer to the tub? I’ve got questions to be answered before I go home smelling like Sam Adams.

Oh yea. We’re still growing. Like crazy. Latest study says we will have continued growth for the next two decades. And that traffic will have increased 26% by 2045! If you’ve been to Music City recently, you know that the last thing we need is more traffic. I’m going to try to take advantage of it and roll out jars of Nashville Traffic Jams & Jelly.

At the same time I’m working on starting my own health insurance company to be titled “Arm and a Leg”. You’re welcome.

Alabama football coach Nick Saban just got an extension on his contract. He deserves to be the highest paid coach, and now he is. The extension will pay him 93.6 MILLION over the next 8 years. He’ll be 79 years old at that time. And he’ll probably still be kicking tail in the SEC when that contract expires.

And now congress is admitting UFOs are not man made. We’ll be spending more dollars soon to chase them I suppose. All these years folks have reported sightings. Hard not to believe some of them. But I do wonder why not once a UFO has gone through a drive thru at McDonald’s. Why do we spot them, and then all of them just disappear?

“My Husband And I Met In An Ambulance”. We’ve Been Married 26 Years.  She was a patient, he attended to her, they fell in love, and they’re still together 26 years.  Better than swiping right on Tindr.

Packing day for a trip to Little Rock early tomorrow morning. Once again, I’ll have the honor of writing a song with one of our veterans through the group Freedom Sings USA along with 4 or 5 other songwriters making the trip over from Nashville. This two-day gathering will be at the McArthur Museum which is full of Douglas McArthur artifacts as well as other military history items tied to the state of Arkansas. It’s certainly an appropriate place to sit with a veteran, listen to his or her personal story, and then try to honor them by writing a song about their story. Looking forward to it. 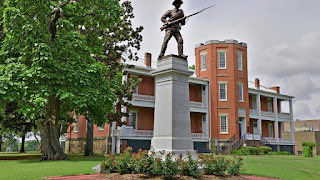 Have a great Thursday.