Pretty uneventful. I caught a baseball game Friday night, watched the last episode of “The Captain”, the Derek Jeter story that’s really great. Highly recommend if you’re a sports fan, or baseball fan. The thing I walked away thinking about him after watching this was that "The Captain" of the New York Yankees? "What a class act”. It’s on ESPN.

And I saw part of a couple of episodes of the documentary on the Rolling Stones, “My Life As A Rolling Stone” that’s online right now. Four episodes, with a different approach as each of the 4 focuses on one of the individual members. Perhaps the rawest rock and roll band of all time, it’s interesting to see the 4 of them reflect on their ongoing career that STILL packs stadiums to this day. 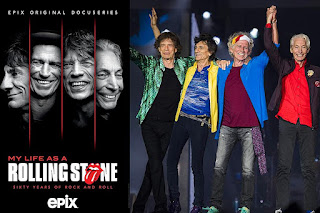 I had to make a change on my show calendar this weekend. Unfortunately there was some confusion on the date I was to play in Baton Rouge for the Pirates and Poets concert series, and we had to cancel that show. I hate that, because I love Buddy’s Backyard venue down there that I played earlier this year and was looking forward to going back to that stage. We hope to re-slot the appearance next year. Thank you, Jon Burns, for understanding, and I look forward to making this happen somewhere down the line.

With that loss come this new show on the calendar. I’ll be playing Flip Flop Stock October 29 with Brent Burns the Sun Outdoors RV Center in Sarasota, Florida for Donny Brewer and his Karavan To The Keys event. A whole bunch of folks, Parrot heads are following Donny from Texas to Key West for MOTM the big parrot head gathering of Trop Rock fans, bands and entertainers. I’m on the way there as well, so this will make a nice stopping point to play on the trip down to the Keys. 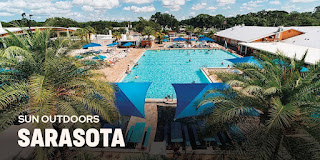 My buddy Brady Seals who I’ll be leading a writing class with later this week at the Gatlinburg Songwriters Festival let me know that he and Lua Crofts, daughter of Dash Crofts of Seals & Crofts had just recorded four songs for a project. One of those is a song that I wrote with Brady years ago that I’ve always loved, so I can’t wait to hear that. Brady is related to Jim Seals, the other half of Seals & Crofts and he and Lua do shows together and Seals & Crofts 2, singing some of those great classics the duo recorded. Should be a terrific project. 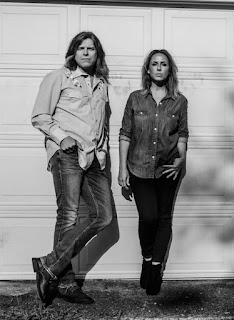 More and more cruise lines are now dropping their vaccination requirements. Three of the biggest joined in over the weekend. Proof of a negative test before boarding will now work.

A Philadelphia school district has mandated masks for the first 10 days of the school year, pre-k must mask all year long.

Panic ensued in Shanghai, China at an Ikea store as customers rushed to get out of the doors before they locked it up tight because authorities there traced COVD to that location. Still a hardcore approach to the disease in China.

O’ SAY CAN YOU SAW

Have you seen this? Musician Caroline McCaskey playing the NationalAnthem before an Oakland A’s baseball game on her SAW? Yep.

Wonder if two people could play music on a cross-cut saw to add harmony?

One of the great things about living in Nashville is that you rarely if ever hear a bad version of the National Anthem sung anywhere. That’s because there are so many talented singers who have moved here to chase their careers. I will say it’s a bit nerve wracking to sing the anthem and I’ve experienced that feeling a couple of times. I sang it once at a Reds Fantasy Camp in in Florida standing in front of a full line up of former Red players that included Pete Rose. And another time at a Milwaukee Admiral Hockey game on the ice in front of all the hockey players. You kind of have to go somewhere else in your mind to relax before you start singing that thing for sure…at least I did. I can't imagine how nervous I'd be if I had to perform it on a danged saw!

HOT AND GETTING HOTTER

We’re going to be in the 70’s one day this week, but overall, it’s getting hot and hotter. A report released today claims that by mid-century one third of us will be living in dangerously hot areas.

And at the same time, the Farmer’s Almanac is saying Canada will be unseasonably cold this area, and that certain regions will be so cold that folks should hibernate.

Hard for me to tell if it’s global warming or global colding we’re going through.

Domino’s is pulling its stores in Italy. I’m not sure who thought it would sell in a country that makes real deal pizza, but they were wrong. I don’t think the Olive Gardens are well attended in Italy either.

My wife and I had the pleasure of touring Italy, and the food is as advertised. So good. We ate at a small family restaurant on the little island of Burano just off the Venice canal that was just incredible. Pasta, wine, no Domino’s in sight. At a little hill town in Italy we had some of the “World’s Best Gelato”. Awarded that distinction more than one year. And the owner came out on the plaza and sang and talked about how wonderful his gelato was. He was not lying. One could choose to go back just for the food experience alone. 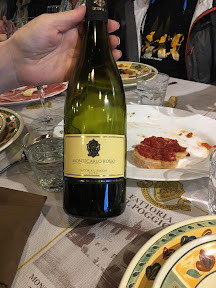 If you’re looking for good deals on a pickleball paddle?  Odds are you’ve aged a bit.

Fuel prices are coming down finally…some. With that, travel experts are suggesting to book flights now. Especially for September and October when fares could be slashed as much as 37% compared to booking a flight back in May. I’ve got a few “fly” dates coming up, and because of the better deals I’ve already booked a flight to California in January. I’ve got flight to book to Texas and Florida as well, so now may be the time to pull the trigger on those as well to save a few bucks. You might want to do the same.

Here’s how technology changes TV show ideas. Wanda Sykes will host a new show featuring footage taken from doorbell cameras as well as those smart home cameras. Folks will be checking their footage to see if they have anything worth submitting. Which will also mean that some will try to stage some funny stuff too, I’m sure. Just to get on TV. America’s Funniest Home Videos tweaked if you will.

From a wife: Just told my sleeping husband I lost 2 pounds to which he replied, with eyes still closed, “I’ll help you find them. We’ll look later.”

I’m back to writing with new Mom to be Jenny Tolman and her husband Dave Brainard. Last week at a gender reveal music party, we found out the two are having a baby boy right around Christmas. I’m sure we’ll talk a bit about that blessing before we get down to rhyming at their kitchen counter this morning. 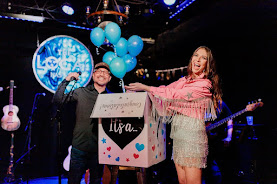