Thursday morning, getting ready to drive about 3 hours to Gatlinburg for the Songwriter Festival there. 81 for the high today over in the Smoky Mountains. Then a little rain this weekend. Wonder if the rain will dilute the moonshine they sell over there?

Wednesday was pretty much about rehearsing a few songs for the festival in Gatlinburg that begins later this afternoon. And packing what needs to be packed for the trip. Check in is around 2 pm or so, with an opening ceremony early this evening, then my first official duty will be that of sitting in a room at the old Gatlinburg Inn on the main drag and listening to some local writers play their songs and offering any advice if I can. A very loose “mentoring” session if you will.

I went and saw a great Glen Campbell tribute show headed up my co-writer and friend Lauren Mascitti for one of her “classic” country nights she’s now in charge of at a great venue here called 3rd & Lindsley. Gosh, there were SO many great moments featuring Lauren and her guests as they paid tribute to one of my favorite artists of all time too. I was just very proud of my young friend and the show she put on.

And at the very end, Carl Jackson came out and played 4 or 5 Glen songs alongside his Goddaughter Ashley Campbell, and another great singer Val Storey. Carl played alongside Glen for a bunch of years, and they were very close obviously. Here’s a great clip they showed of a young Carl playing theOrange Blossom special with Glen. Carl played both banjo and fiddle on this number. 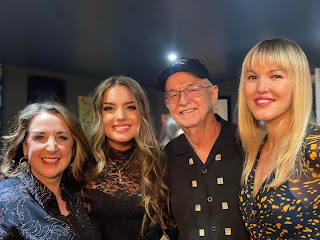 The last album Glen recorded, while battling Alzheimer’s is titled “Adios”, and Carl produced this great project on his friend. I was SO glad he played THIS SONG that he wrote specifically for Glen titled "ArkansasFarm Boy". And Glen was indeed that when he was young growing up in Arkansas. Click on the link and watch. It gave me chills and made me tear up a bit when I watched this video that has so many great pictures of Glen.

What a wonderful evening of music saluting that musical icon. Lauren, ya done good girl. 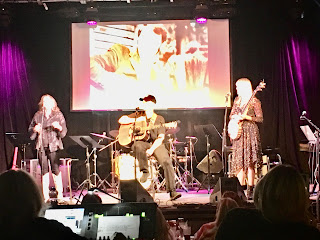 Look what came in the mail yesterday. My old alma mater mascot. I noticed recently we only have one real beer glass in the Whyte House…this one will be a welcome addition. Yes, my alma mater is mascot. I’m a mule, not a jackass. Please keep that in mind. 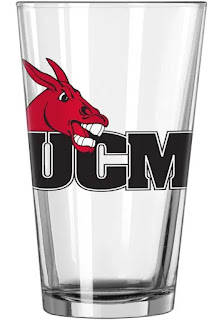 The CDC director came out and admitted yesterday that the organization COVID response “did not reliably meet expectations.” Which is what some have been saying for a long while. They plan on doing a complete reset. The changes coming will be designed to help the agency release data quicker and make guidance easier to understand.

A new health study in Britain reveals that a COMMON symptom after taking the vaccine for a lot of British folks is diarrhea. Okay then.

Apparently, quietly, Willie Nelson had a real bout with COVID in May. Such a bad bout his wife was afraid they were going to lose the 89-year-old icon. He woke up one night and couldn’t breathe on the bus. They had a nebulizer on board, gave him Paxlovid and steroids and got him home. He cancelled some shows and recovered, but by his own admission, it was a battle, and not a lot of fun.

It looks like a lot more folks than normal may see the Northern Lights. As far south as Seattle, Milwaukee, Green Bay, Minneapolis, and other towns that don’t normally have a chance of seeing that phenomenon may over the next couple of nights. Something I’ve yet to see that I would love to see someday. I lived in Milwaukee for 6 years, but the Northern Lights never creeped that far south to witness it. I’m guessing a bunch of my friends up there will plant a lawn chair tonight, grill some brats, reach for a PBR, and look up.

We won’t see any Northern Lights in Nashville of course BUT. They just announced that at Christmas time the world’s largest display ofChristmas lights will be here in town at our minor league baseball park where you’ll find me on a lot of nights. It will be a walk-through kind of display. 4 MILLION lights in all!  Santa will be there along with a skating rink and more. I think I’ll need to check that out and sit on Santa’s lap and remind him what a good boy I’ve been this year.

Folks were asked by a publication to share something they swore they would take to the grave with them. One husband admitted that he hates his wife’s make up and wishes she would stop wearing it. But it makes her happy, so he lies about it. Good way to make his marriage last a few more years.

Heck, I even wrote a song titled “To The Grave”. Check out that recording from Gerald Smith and you’ll hear a list of other things the two of us are pretty sure that some folks are taking to the grave.

Disney has made multiple movies out of their theme park rides. Haunted House with Eddie Murphy comes to mind. Pirates of the Caribbean with Johnny Depp as well. The next one will be based on their roller coaster ride at the Magic Kingdom “Big Thunder Mountain”. 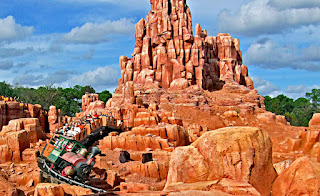 I’m just hoping they never decide to make a movie of the “Small World” ride. Can you imagine hearing that song for two hours in a movie theater?

Time to go pick up my “Hits & Grins” partner Steve Dean and roll to Gatlinburg. Hope to see some of you this weekend.