Thursday the 11th of hot August already. But a tad cooler today with a high of 85 predicted.

Wednesday started with a 3-way co-write with Troy Engle in Pennsylvania and Rick Lang in Maryland online. First time the three of us have hooked up and written together. All of us have written with each other through the years, but never all at once. So this was a very fun experience writing with good friends who have had a lot of success in the bluegrass world. Rick sent us a great idea for a song, and it did not take us long to put his idea together.  So thank you Rick for the idea that jump started our session.

Then last evening I was at a gender reveal party for my friend and co-writer Jenny Tolman and her husband Dave Brainard at a local club in Nashville where the two of them have played many times. The two of them had a full band on stage playing for 45 minutes before they did their genderreveal, and I guessed correctly. They’re having a little boy around Christmas time!

Jenny also unveiled her VINYL copies of her new album “That’s How I Got Married In A Honkytonk”, and I brought one of those bad boys home with me. It’s very cool having four co-writes on this album with those two including the title track, and it was even cooler hearing them sing a bunch of songs we’ve written “live”. 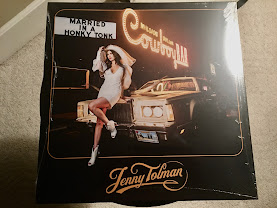 And then I went straight from there to the ballpark to catch some Nashville Sounds baseball to cap off the busy day.  Yep, a full Wednesday in Music City for sure. 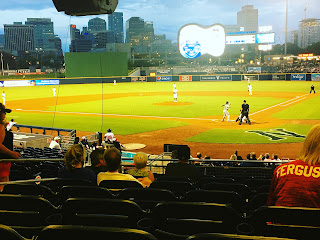 PODCAST TO CHECK OUT

My friend and former radio co-worker in Cincinnati Dave Lenahan is doing a songwriter’s podcast called the “Songwriter Connection”. The “Hits & Grins” trio I’m part of with Steve Dean and Victoria Venier are interviewed on this new segment that you can listen to HERE if you’d like. It lasts about 45 minutes, and you’ll hear us play some songs and tell stories, and oh yea, there’s some laughter too. Check it out. 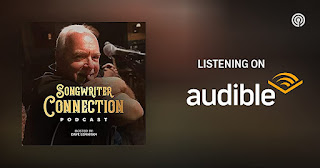 Dr. Fauci vented in a talk yesterday saying that many Americans think forced masking is a violation of their liberties. He then went to on explain those concerns as “inexplicable”. He also lamented that only one third of the country is vaccinated and fully boosted asking, “what kind of world are we living in”?

Health authorities in China are on high alert after reports of yet another new virus showing up that’s affected 35 people so far. As if we need that right?

Meanwhile, a vaccine production company in South Africa is halting their business due to no demand for the vaccines.

And the former Washington State football coach Nick Rolovich has filed a claim against the university seeking $25 million for wrongful termination after he was fired last year for refusing to get vaccinated. Pretty sure we’ll see more of these lawsuits coming too.

Exercise apparatus and workout tapes come, and they go. There’s a lot of treadmills in homes that are used for a place to hang clothes. I get enthused about exercising, and then not so much. Can’t stick with any apparatus or “trending” workout thing that comes down the pike every other day. But I think I’ve found something here that will help me stay on track. You might want to get one too.

Those doggone things are celebrating a 90-year anniversary. Lots of fans and enthusiasts. I didn’t grow up with Legos somehow. More of a Lincoln Log thing as I recall. Pick up sticks, Tonka Trucks and Tiddly Winks were big in the Whyte House when I was a kid. But no Lego’s as I recall.

I do remember that if you had to get up in the middle of the night and walk into the living room that you needed to turn the lights on so you wouldn’t step on some “Jacks” that were left lying on the floor. Those hurt.

The country had a good up and down day yesterday. The stock market went up, gas prices went down. On average now gas is under 4 bucks a gallon. $3.33 at one pump here in Nashville. Somebody call me when it gets under 2 bucks again. One person tweeted, “Good news! The bank finally approved our loan and soon we plan to close on a tankful of fuel.”

The last Super Moon of the season will be out tonight if your skies are clear. This one is called the Sturgeon Moon. I have no idea why it’s called “Sturgeon” moon. I’m going to guess that it will look like the fish. And if that’s the case, I’ll set a lawn chair out and look up at that.

I’m off to write with my buddy Steve Dean and a very talented young artist-writer named Andrea Pearson who I’ve written a couple of songs with. This will be the first time the three of us rhyme together this morning, and I’m looking forward to seeing what we can come up with. I know whatever we write, Andrea will sing the heck out of it. 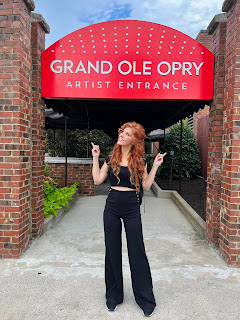 Then tonight, I plan on watching my Cincinnati Reds walk out of the “Field of Dreams” cornfield along with the Chicago Cubs for the second game played up on that field Kevin Costner made famous in Iowa. One of those places on my list that I want to see someday. 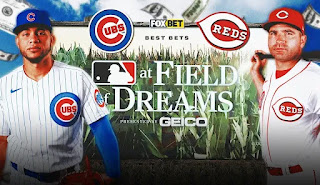