Friday, and the weekend is coming up.

I gathered with Steve Dean and Andrea Pearson to write as a threesome for the first time. I thought Andrea and Steve had written and knew each other as I set this session up. Wrong!  So, I introduced them. Steve is from Arkansas, and Andrea is from Vancouver, BC and has been here long enough to now be a United States Citizen. She just sang on the Grand Ole Opry with this guy, Bryan White who I’ve always been a fan of and is off to Oklahoma this morning to join him for a few more shows. For the record, Andrea can REALLY sing and she’s joyful to be around. Always fun, lot of laughter, and then she opens her mouth and sings, and we’re all blown away. She brought this wonderful melody she had written to the table and the three of us managed to find some lyrics to match the mood of that melody. Just a great time rhyming with the two of them yesterday. 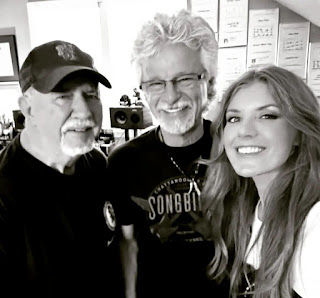 I did watch a bunch of the 2nd “Field of Dreams” game up in Dyersville, Iowa between my Reds, and the Cubs. Highly entertaining again. Some of the highlights?

Ken Griffey Jr. and Ken Griffey Senior walking out of the field of corn and playing some Father and Son “catch” in that outfield.  If you've seen the movie, then you understand why this was such a cool moment. 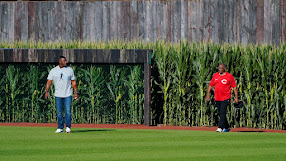 The hologram of the late Harry Caray up in the booth leading the Cub faithful once again singing “Take Me Out To The Ballgame” Although is image was a little funny looking, it was still a nice moment. 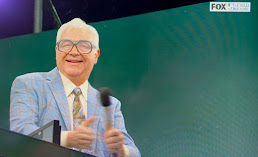 And John Smoltz revealing on the broadcast that the lost his Father yesterday. He worked the game because he said his Father would have wanted that. And he said these words about his Father. “My Dad lived the 4 L’s. “He lived, he laughed, he learned, he listened.”

Field of Dreams is still my favorite movie today. And after watching the game last night, I want to make the trip to Iowa to see that field more than ever.

Congrats to my buddy Jerry Salley who is up for a Dove Award as the song he produced on Dolly Parton, the old hymn, “In The Sweet By and By” is up for that prestigious trophy. And it should be. Dolly sent my friend an old tape of her singing that song and gave Jerry permission to do what he wanted with her, with Dolly having the last say approval wise. She did approve what my friend did with this song. Listen to it hear and you’ll know why. He added a new instrumental track, and then he, Larry Cordle and Carl Jackson did those wonderful harmony parts you hear.

Jerry and I write a lot, but he’s also the guy responsible for getting me my publishing deal at Billy Blue and as a producer he’s cut several of my songs including this great and fun “swing” song by former American Idol star Alex Miller. 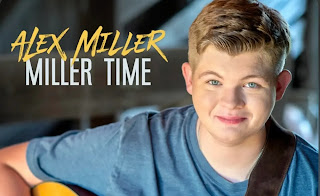 So I’m more than happy to see my friend up for such a prestigious award. So deserved.

And…no longer do they recommend social distancing. Has anyone been doing that recently?

The FDA came out and told us to test 3 times now to boost accuracy in those home tests. They should put a label on those that read, “your accuracy may vary”.

A survey of 1,300 American teens ages 13 to 17 who say they use Facebook has dropped by more than 40% since the survey they took back in 2014. It’s no longer the cool place for teens. They’ve moved over to Tik Tok which as surged in popularity with 67% of teens saying they use it, and 15% saying they are on it constantly. I don’t Tik or Tok, and I’m sure the teens don’t mind that. I can remember my daughter when she was young being appalled that folks like her parents were going to be on Facebook. That was supposedly for her generation. Not so much anymore.

So, if a bunch of just older folk now get on board with Tik Tok the teens will probably look for another social network to hang out on.

Heck, they don’t have to worry about folks like me. I still haven’t cancelled my My Space account.

I mean, what red blooded American sports-guy would not be trying to toss a mini marshmallow into this bad boy?  Hey Santa…I know what I want this year! 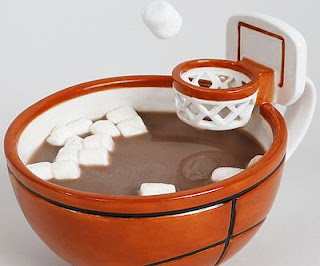 They keep talking about home prices coming down. Hasn’t happened yet. In fact, the median price now for a home in this country is now $413,500. Maybe it’s time to sell my home and buy a single wide and accessorize it with pink flamingos, a tractor tire sandbox and a blow-up pool in the back and bank the money?  Or not.

And that’s my music joke these days about the difference in a songwriter who writes a big time on the radio chart hit for a country star as opposed to those who write a big hit for a bluegrass star. When the check comes in both songwriters can buy a pool. The difference is that the bluegrass writer has to blow his pool up.

“I Learn From My Mistakes And The People Who Have Taken My Advice”. Funny because there’s a lot of truth to that ain’t there?

Walgreens is now offering a $75,000 signing bonus for pharmacists. There’s a big-time shortage. Sign up for pharmacy school kids. And that leads us boys and girls to this pharmacist joke.

A doctor is giving a talk at a symposium. Like any public speaker, he wrote his speech out on notecards. Unfortunately, when he gets up to the podium, he finds he just can’t read his notes. So he says to the audience, “Is there a pharmacist in the house?”

“I Got So Drunk, I Passed Out And Woke Up In A Coffin”. And I didn’t even know funeral homes had an open bar.

Nothing big today, or for the weekend. Taking in a little baseball tonight on a field that has no corn over the centerfield wall, but I’ll still have fun. I am gearing up for the Gatlinburg Songwriters Festival next week. More on that Monday.