Tuesday morning coming up in Nashville. Another packing day with a trip ahead tomorrow.

I had an online songwriting appointment with a songwriter out in California named Ben Krahne who signed up for a writing session through Songwriting Pro that’s hosted by my Arkansas friend Brent Baxter. It’s the third time now that Ben and I spent some time over a song he had started that he felt needed a little help or at least a second opinion. So I played “consultant” online yesterday for about an hour although in this case, Ben’s song was pretty solid all the way around and I just suggested a couple or three thoughts that he can use or not use.  I always tell online songwriter clients to always remember it’s their song and what I’m giving them is just an opinion or a thought or two that I hope helps them and their music. I had fun, and I think Ben walked away with some stuff he can apply.

If you’re a novice songwriter, remember you can sign up to do the same if you’d like at Brent’s website above. My friend Steve Dean and a couple of other writers, including Brent Baxter are available for this kind of consultation too.

Then yesterday evening out of the blue funny man Cledus T. Judd called me to say he is indeed working on a new comedy song album, and that he’s going to record a song that I wrote with Mark Hauser that Cledus is tweaking a bit. AND that he needs help with two or three parody song ideas he has for the album too, so we spent some time texting ideas back and forth last night on some big hit songs that can be parodied. Jay DeMarcus of Rascal Flatts is going to produce the album, so this should be very fun. And we’ve got a lot of co-writing to do in the immediate future.

I've been part of writing two funny parodies with Cledus in the past including this one about "Luke Bryan" that Colt Ford made an appearance on.

I did have time to sit down and write a new song by myself, and up-tempo bluegrass tune. The kind of songs my publishing company is always looking for at BillyBlue as the house Billy Blue Records, which is a great bluegrass label with 7 or 8 bluegrass acts including Kristy Cox, Marty Raybon, and Darin and Brooke Aldridge who I’ve mentioned in this blog many times. It’s a good exercise for me to try and write “solo” occasionally just so I don’t forget how to do that! Now they tell us one of the long term COVID symptoms is hair loss. Guess I should have tested years ago.

China approved its first domestic COVID pill claiming they can roll out 6.8 BILLION pills in a year. And that it costs half of what the Pfizer Paxlavid pill costs.

The White House has now named a Monkeypox Coordinator. Yep, that’s the title.

Researchers at the University of California Riverside have identified a single protein that seems to control hair follicles when they die. They believe they might be able to reverse the process and grow hair on heads in the future…naturally. Imagine how many folks would sign up for that. I’ve never understood how hair can quit growing on one’s head but show up in places that you rather it didn’t. What’s the danged deal with that? 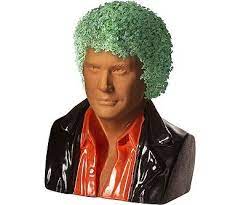 Family Dollar stores have pulled 400 items from their shelves that were not properly stored. The good news is, they’re only out $400.

Mega Millions drawing tonight. It’s jumped up to being worth $810 million dollars. Did I buy a ticket? Yes, I did. I always buy one when the odds prevent me from ever winning. Shrewd on my part don’t you think?

The late comedienne Joan Rivers once said of money, “People say that money is not the key to happiness, but I always figured it you had enough money, you could have a key made.”

A 1952 Mickey Mantle card is up for auction…a rare one. Those in the baseball know think it could fetch a record price. Like, in the neighborhood of 10 MILLION dollars. Currently, a 1909 Honus Wagner card holds the record as it sold for 6.6 million at auction.

Pretty sure my St. Louis Cardinal Scipio Spinks baseball card I have is not worth as much. 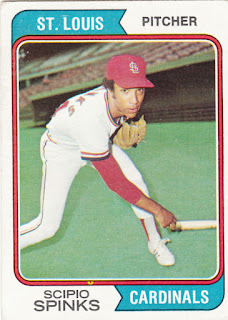 Did you know that a baby could swim in a blue whale’s veins? Me neither. Thought you should know. Gotta be cheaper than building a pool I would think.

Packing day. I’ll be on the road to Gulf Shores dark and early in the morning to hang with Brent Burns, write some new songs for his next album and over the weekend play two shows. One with Brent in Pensacola on Saturday night, and another with my funny friend Juanita Smith at the Peoples Listening Room in Mobile on Sunday evening. So I’ll “blog” at ya from somewhere between Nashville and Gulf Shores tomorrow morning.