Tuesday morning coming up. And it’s a packing day for road trip.

I started a song with Jenny Tolman and Dave Brainard yesterday morning. And we talked “baby” as they are expecting their first child, a Christmas baby this year. For the record, Jenny says she’s craving eggs these days, and she normally HATES eggs. Pregnancy can be so weird sometimes!  The two are a wonderful creative couple, and yesterday as always was some time well spent just being with them. We have more work to do on this song idea we started, so we’ll get back at it in a few weeks.

I’ve mentioned in the last couple of blogs about attending a Mike Huckabee TV show taping recently that featured the song “Grand Ole Circle” that my friends Darin & Brooke Aldridge wrote with me and then recorded. The song is their current single and it’s making a little noise as it did on the Huckabee Show that was aired this past weekend nationwide. Yesterday the Bluegrass Today online site posted this wonderful article about that song, and Darin and Brooke as well as myself were quoted in the article about the historical significance of this song that tributes that six feet piece of wood artists stand on when they sing on the Grand Ole Opry. Check out the article. And thank you to Bluegrass Today writer John Lawless for your interest in our song. 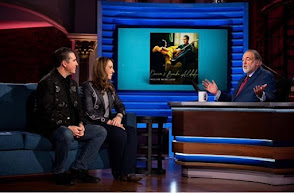 The A frame cabin that Audrey Williams owned in Gatlinburg at one time where she and Hank Williams Jr. stayed a lot is up for sale for around $700,000. It’s just a tiny two-bedroom cabin that I got to visit one night with my friend Bobby Tomberlin who’d deep into all things Hank. We wrote a song called “I’m Looking For Audrey” with Linda Davis which is up for a Josie Award for “Song of the Year” and award given to independent country music artists. Bobby Mackey recorded this song and it’s nominated for the award. That show will happen at the Grand Ole Opry House later this year.

This little cabin, at the request of some of the Williams family, has the lyrics to our song about Hank Senior looking for his ex-wife Audrey hanging in a frame next to some other great Hank Williams memorabilia. So, whomever buys the cabin, will own that as well. We all hope it goes to a buyer who appreciated the Hank history that lives there. Just 700 grand folks! 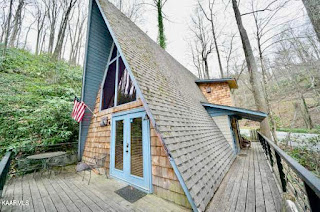 I realized yesterday I have miles and miles to go to be considered any kind of major songwriter in this community. That came after a conversation WITH a major songwriter when we talked about booking an appointment to write together. The writer told me that his secretary would call me to set up a time and date to write. Uh…I have no secretary. Safe to say this writer has written a lot more hits than I have. I think I’ll have my wife answer the phone when they call and say, “this is Bill Whyte’s booking manager”.

Dr. Fauci, who will retire he says after the Biden run is done, said yesterday that it’s becoming more and more difficult to get people to listen because American’s are “fed up with COVID”. Yep, we are.

The CDC has shut down it’s COVID protocol program for cruise ships, and that means ease cruise ship or cruise line is now free to determine their own policy.

Some scientists believe a nasal spray vaccine for COVID would be way more effective at stopping COVID in its tracks. It would give an immunity boost at the point of entry and be more effective than the shot in the arm. The problem is the emergency rush to develop vaccines is over and there’s no rush to manufacture a nasal version. Plus, a lot of folks are just over vaccines period.

A married woman tweeted, “My husband and I promised to never go to sleep angry. We’ve been awake since Thursday.”

One of the great free treats of visiting Gulf Shores, Alabama where I visit a lot, and in fact will be there next weekend, is the fly by you constantly get over the Gulf of Mexico from the Navy Blue Angels out of Pensacola. They are always a “take your breath away” thing. You can be in a beachside condo there, here them coming, and by the time you get to the balcony to try and snap a picture, they’ve zipped by you. Unreal. Yesterday they named the first female pilot EVER to have the honor to fly with the “Blues”. Lieutenant Amanda Lee from Minnesota has earned that honor. Congrats to her.

We’ve gone from bad to worse. Robocalls have decreased over the past little while. That’s good news. The bad news is, Robo Texts have increased big time. How much? Spam texts jumped from 1 billion sent per month in July of 2021 to 12 billion as of June! Geez. I think I’m going to ditch my cell and install a party line again.

MD Tom Frieden in a health article I read pointed out that “walking is the closest thing we have to a wonder drug.” He claims that if we walk 2.5 hours a week, or 21 minutes per day it can cut heart disease by 30%. Gosh, with the price of gas, I should be walking more anyway.

Well, a car I ordered almost a year ago is ready for me to pick it up. So I think I’ll do that before they tell me they made a mistake, and it will be another 3 months. It’s been quite the waiting ordeal to get new wheels for sure.

Then it’s time to pack for a road trip to Hot Springs Arkansas where I’ll be doing a 7 pm show Thursday night at the Woodlands Auditorium with my longtime funny friend Brent Burns. And then Friday night the two of us will travel to Sullivan, Missouri for a house concert series called “The Hangout” that I’ve heard so many good things about.  So tomorrow’s blog will be coming at you somewhere between Nashville and Hot Springs. 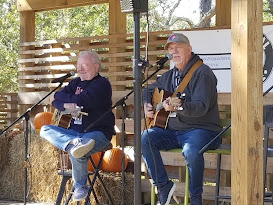